The Healthy Voyager: Inspiring Good Health One Step at a Time 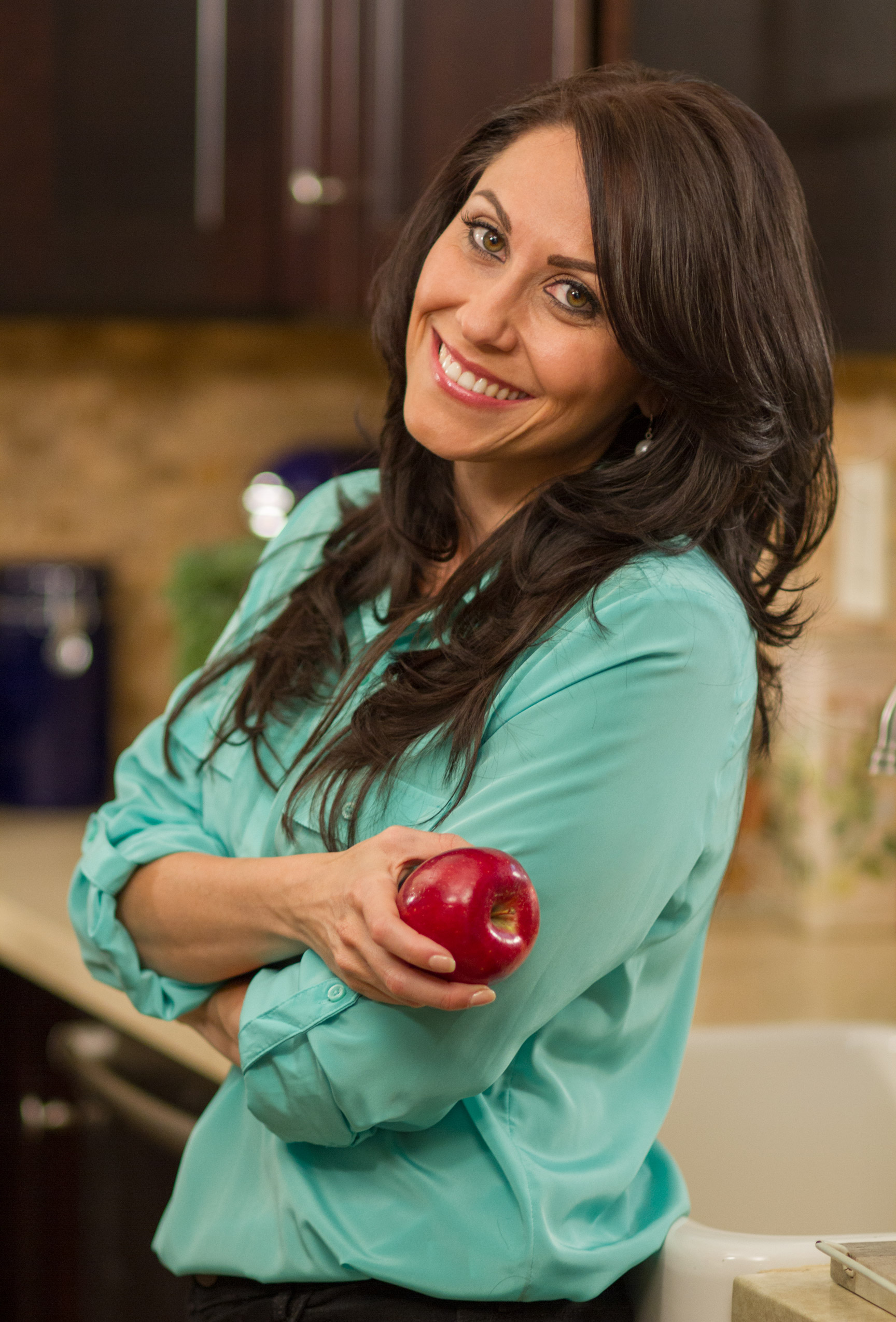 ealthy living and eating is a hot topic these days.  Leading the charge is Carolyn Scott-Hamilton, better known as the Healthy Voyager, who has spent over a decade inspiring people to live well, one veggie at a time. As a respected expert in the fields of travel, health, green living and nutrition, Scott-Hamilton wears many hats:  She is a vegan chef, a cookbook author, a media spokesperson, a holistic nutritionist, and a television and radio personality as well as a world traveler who has her own website, web series and blog, all dedicated to healthy and green living.

In 1998 I went vegan for my health,” Scott-Hamilton said. “I had moved to Los Angeles and was looking for a way to get in shape.  I read the book Fit For Life and it resonated with me, so one day I just went vegan cold turkey, or, as I like to say, cold tofu.

At that time, it wasn’t easy to have a special diet. “Because I was doing it for my health, I knew I couldn’t survive on guacamole and cucumber sandwiches” she laughed. “There was no Whole Foods in Los Angeles yet and vegan food was pretty much non-existent, so I had to learn everything on my own. I went to culinary school and got my masters in culinary nutrition because I wanted to do it right.”

Even more difficult than finding ways to eat vegan at home, was finding restaurants that served the food she needed when she traveled. She began keeping a journal of places she went, and in 2005 The Healthy Voyager travel show was born in order to be an entertaining resource for people like her, that found traveling difficult due to dietary restrictions, as well as for those who wanted to keep healthy, green and fit while away from home.  “I knew how to manipulate restaurant menus and how to pack certain things so I could cook in my hotel room to accommodate my vegan diet and I knew there was no travel show out there that showed diners with special diets how to eat when they travel. That’s where the idea started. I figured I wasn’t the only one who struggled, as there were so many other diets that people followed such as gluten free, diabetic or kosher, for example. So I decided to start the blog and web series in 2006, and the rest is history.”

The Healthy Voyager web site is the “go-to” source for all things healthy and green living. “It really started out as something that I felt was lacking in the marketplace. Travel is still very much the flagship” Scott-Hamilton states, “but now I have a cooking show and I have added in some recipes, health news and lifestyle stuff with tips and tricks on how to live a happier, healthier and greener life.”

There has been an explosion of resources and availability since she first began her travel show and blog. When she first began, there very few resources to help people navigate the needs of a special diet, especially when traveling.  These days, she explained, restaurants are much more savvy of special diets and there are even restaurants that cater specifically to them. “I like to say that my show takes me from Kansas City to Kenya and I can find restaurants to meet my needs anywhere. Also there are more natural food stores out there and if you don’t live near one, there are a lot of resources on-line that will deliver right to your home. It’s outrageous how easy it is now. I love that it’s now hitting the mainstream. I like becoming a resource that people can trust”

In 2012, she added The Healthy Voyager’s Global Kitchen cookbook, a collection of plant-based recipes from around the world, to her list of accomplishments.  A firm believer in eating as unprocessed as possible, the cookbook offers alternatives on how to prepare a vast array of popular international animal-free recipes from scratch, with gluten-free, low glycemic, soy-free, low-fat and raw-food notations on every recipe. “I wanted to do something that incorporated my love of travel and world culture and cooking” she enthused. 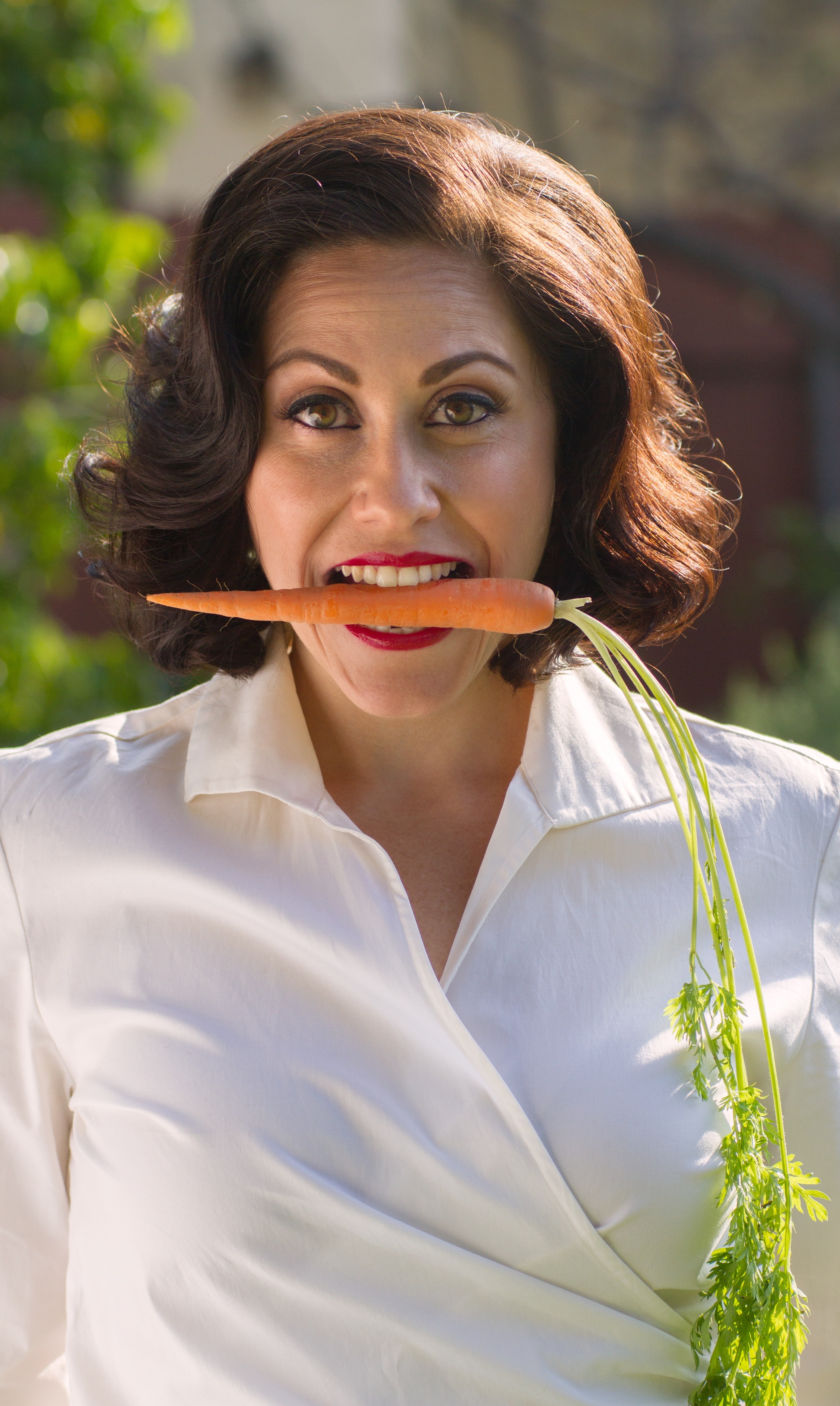 You might have grown up with something you can no longer eat because it’s not vegan, or gluten-free or whatever your dietary restriction is, or, maybe you’ve traveled to some country and you would like to recreate a dish you had there that you can’t have anymore. I’m Colombian and grew up in Miami so the Columbian and Cuban dishes are near and dear to my heart.  The empanada recipe is my grandma’s and it’s fun to think that people will be making vegan versions of them now.

Though the recipes in her book are a little more labor-intensive, eating a healthy diet can be quite simple, Scott-Hamilton said. “People think that they need to make a giant lasagna or a gourmet meal for dinner every night” she remarks, “and that’s not the case. I like to cook once, eat twice. If you cook a pot of beans and a pot of rice, you can use those ingredients all week in salads, soups and other dishes to make easy, healthful meals. In addition to saving time, you know that your meal is low in sodium, cholesterol and sugar and is without chemicals and preservatives which has the benefit of boosting your energy and improving your mood.” 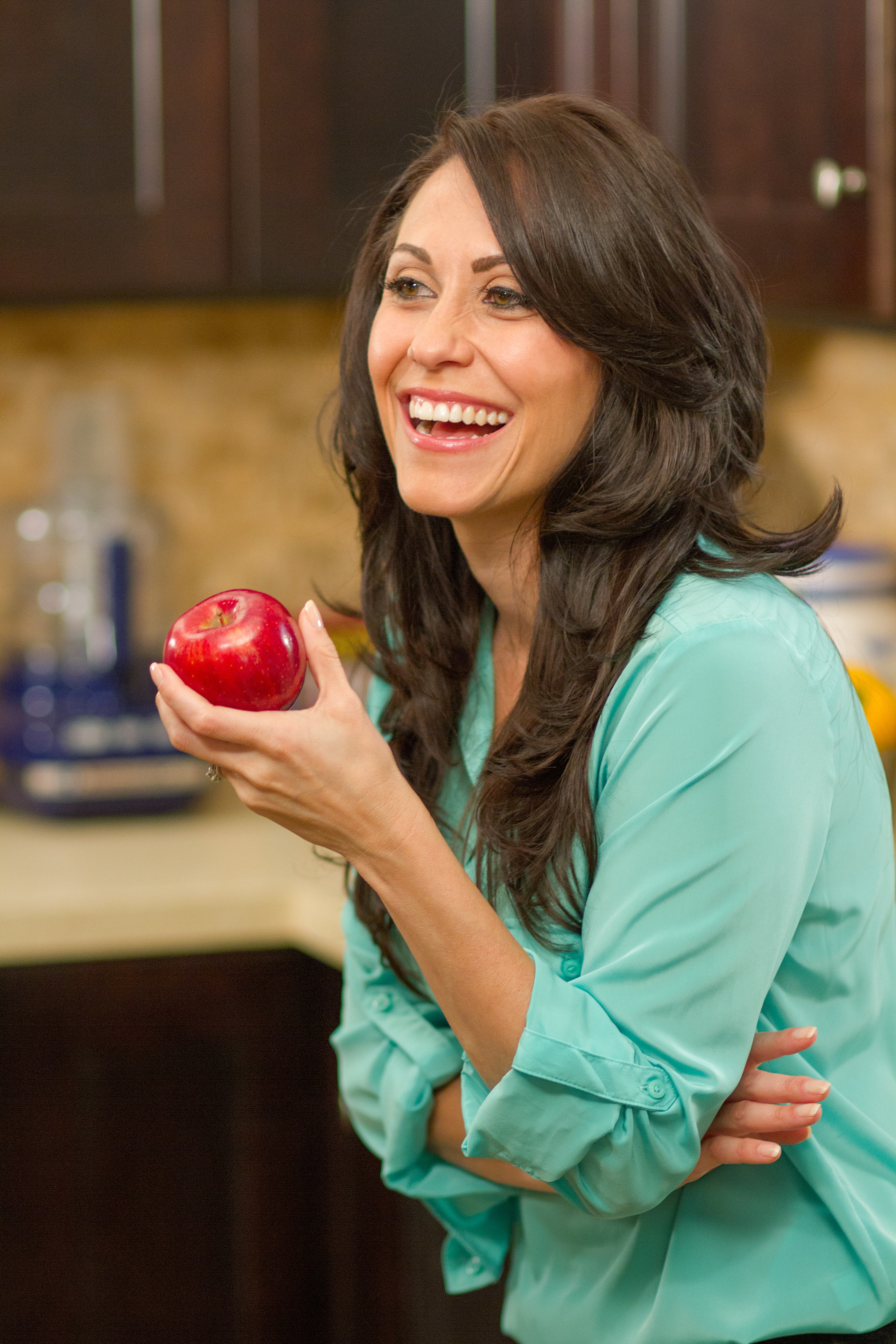 Her enthusiasm and passion for healthy living is not only an inspiration to others, but she also is inspired by the people who follow her. “I love that people really like what I’m doing and that I’m helping them.  My mom and dad are both vegan now and it’s fun to see this lifestyle through their eyes. Watching them do it is really fun and inspiring.  I’ve never been a preachy vegan. I did it for my personal health, this is how I eat, but not everybody eats this way, and that’s OK.  My angle has always been casting a wide net, not alienating anyone.  I rarely even use the word vegan, that’s why I’m call myself the Healthy Voyager.  I feel like I have a method that is good for the mainstream and by being a resource, and not being judgmental, I feel I inspire people to be better.”

In addition to a healthy diet, Scott-Hamilton exercises, gets plenty of sleep and consciously finds a balance between work and play, something she admits isn’t easy.  “Support and your lifestyle has a lot to do with it” she allows. “If you have a crazy work schedule or if you have a spouse or kids who aren’t willing to follow the same eating plan, it can be hard. Take baby-steps. It’s not about deprivation. It’s better to add things to your diet first, then take out the stuff that doesn’t work. Figure out alternatives and what works for you and your lifestyle so you live your life in the healthiest way possible. Don’t worry about perfection. Do what works for you, what works for your family and your lifestyle and be happy and do it in the best way that you can because that is all we can be.”

A whole approach to healing cancer is becoming increasingly popular. Certain institutions, like Cancer Treatment Centers of America®, are treating the whole person by incorporating 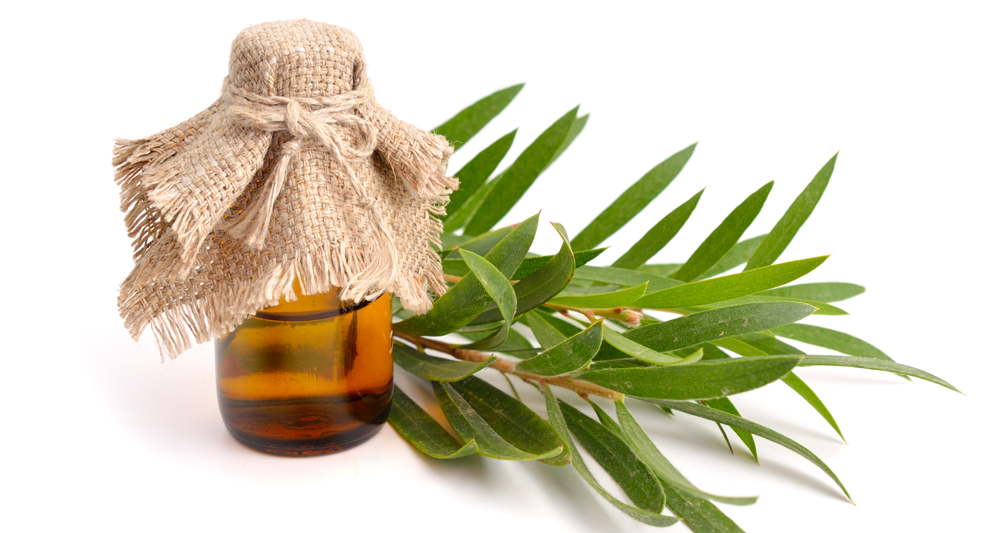 By Crissie Mergogey Despite the negative social stigma about dandruff, at least 50 percent of people struggle with a flaky scalp.  So, if you have 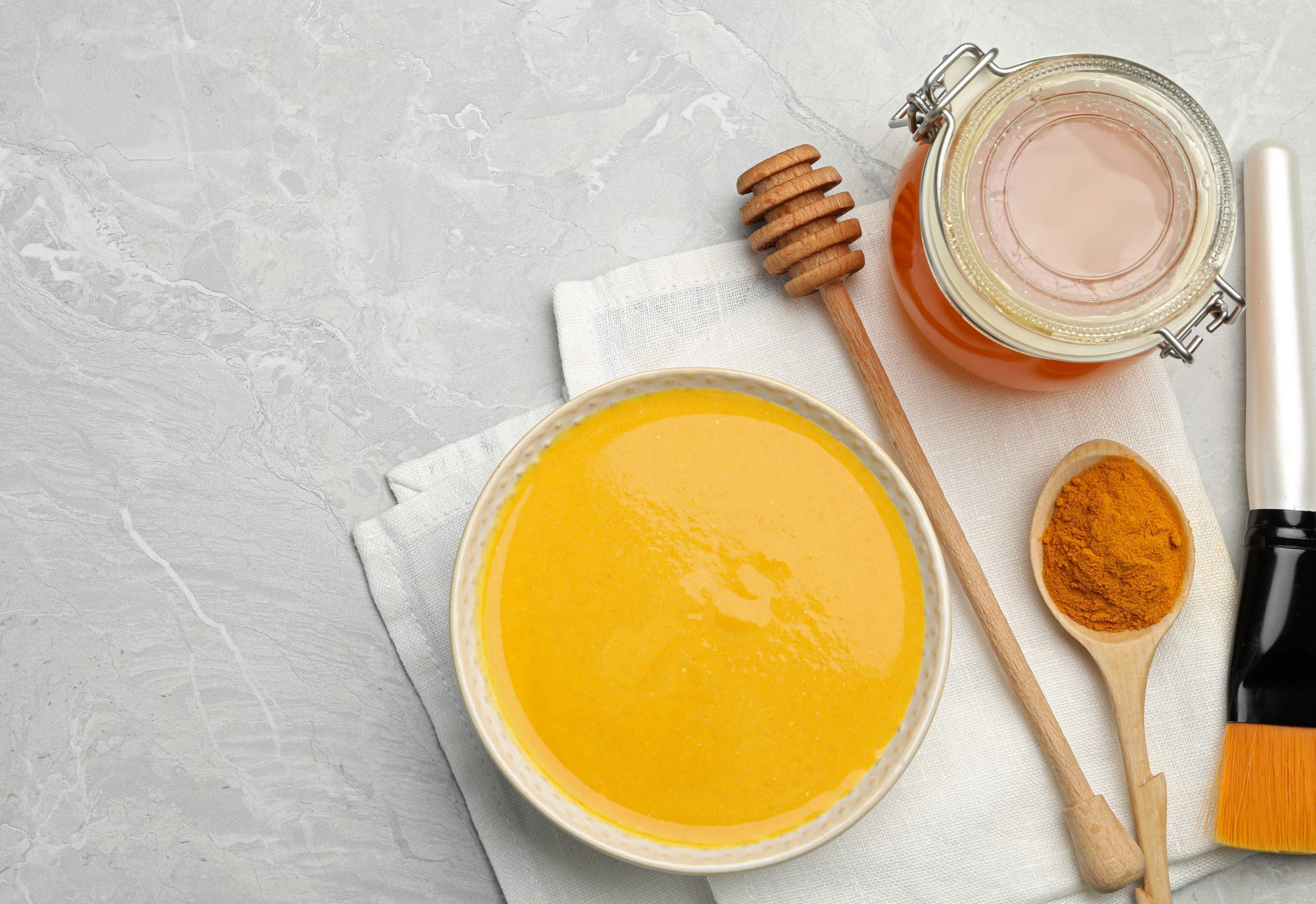 By: Christian Dischler Turmeric is a simple yet robust spice that has been used in various ways for centuries. There have been numerous studies and 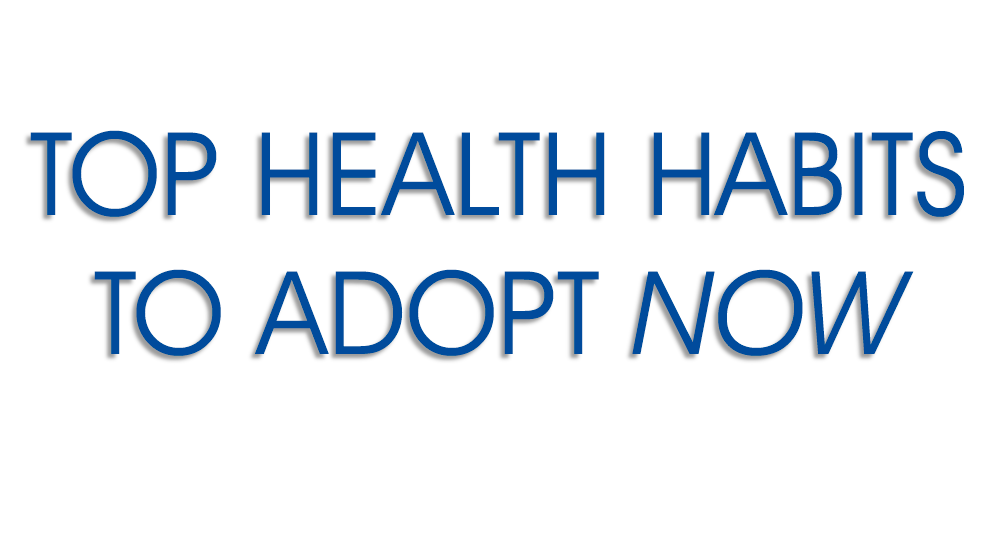 By Unni Greene, Sports Nutrition Specialist Here are a few important habits you can practice to improve your health, fitness, longevity and happiness… Exercise Exercise

By Dr. Michelle Clay, D.O., CHHC Children struggling to focus on tasks and control their behavior may be evaluated for attention deficit hyperactivity disorder (ADHD).

A Little Something Extra

Like most first time parents, Joey and Alix Moore were anxious to meet their little bundle of joy.  On November 3, 2006 Alix delivered a