At first glance, Andrea’ Williams looks a lot like what you would expect from an experienced nurse.  She is a petite woman with a big smile.  She appears confident and happy.

Williams is a wife, a mother, a teacher and, maybe most of all, a nurse.

Williams began her career in 1992 when she graduated from Alvin Community College.  She pursued the career because it was the only thing she really ever wanted to do.

“I’ve just always wanted to help people,” she said.  “It’s always been in my nature to do that.  I actually started wanting to become a physical therapist, but as I got into it, I shifted to nursing.”

And nursing has been her calling, through good and bad.  During the last 25 years, Williams has pretty much done it all.  She started as an OB nurse, mostly helping pregnant women as they moved toward giving birth.  She has worked in pediatrics, in hospitals and clinics and currently works in a clinic that handles patients ranging from infants to the elderly.  But today, her primary job is as a triage nurse, answering questions from patients over the phone.

“Triage nurses are not born, they’re made,” she said with a smile.  “I do phone triages for sick babies, sick adults.  If anyone calls and is suicidal, it goes right to us.  Those can take up to 45 minutes.”

While all the calls are important, suicidal callers are the toughest.  They are also ones Williams is ready to handle.

“The suicide calls are hard,” she said.  “They’re hard on my heart, especially if they’re 15 or 16 years old.  Now that it’s holiday season, it gets hard.”

During the time of the year most people are celebrating — Thanksgiving through the New Year — people struggling with grief and sorrow need a lot of help.  And Williams is happy to do her part.

“I lost my husband four years ago so I can totally relate to them,” she said.  “I understand the grief.”

Williams met her husband Mark in 1982.  A single mother at the time after her first husband left her, she met Mark and they fell in love — with each other and with Harleys.  For their first decade together, much of their time was spent on Mark’s Harley.  And there were some wild, fun times.

“We were in a club.  We joined a club in Houston,” Williams said.  “I never had my own bike until I graduated from nursing school.  They offered us a signing bonus.  My Air Force friend had a little sportster he sold me cheap.”

Over the next two decades, the love affair led to three more children and lots of good time revolving around Harleys and family.  For part of that time, Mark stayed at home with the kids while Andrea worked almost non-stop to provide the finances.  She recalled a time where she worked Monday through Friday at one job, immediately drove to another after work Friday and worked three 12-hour shifts Friday, Saturday and Sunday.  It wasn’t always easy, but it was worth it.

Williams’ dream life came crashing down four years ago when Mark had an accident on his Harley.  The accident claimed his life and left Andrea’ with a motorcycle that appeared fine at first glance, but couldn’t be driven.

Seeing that bike day in and day out added to the grief of the family, so a friend decided to do something about it.  That friend took the Harley and repaired it, replacing the broken parts with other salvaged bikes.

“This bike is made up of dead souls,” Williams said with her usual smile.

She explained that the pieces used to replace those that were broken came from bikes involved in other accidents that claimed lives.  But despite the history and the name, the motorcycle has helped Williams heal.

“Her name is the reaper,” she said.  “Now she’s whole again.  It’s almost like a healing because it’s fixed, and Mark built the motor.  So, I started riding it.  I’ve ridden it three times.”

The first time, Williams said she wept as she steered the motorcycle around the block.  Since then it’s gotten easier.   While she has Mark’s bike repaired and ready to roll, she spends a lot more time on her smaller sportster.

While nursing and Harleys are important to Williams, there is another big part of her life that occupies some time.  Twice a week, Monday and Thursday nights, she teaches fitness classes at the YMCA in Alvin.  Teaching classes is something that goes back further than nursing, than Harleys, even further back than her children.

“That was my first job,” she said.  “When I was 16, I started at Gulf Gymnastics.  I always wanted to look good, and it made me feel good.  I wanted to help people.”

So as a teen, Williams embarked on a life-long passion of helping others.

“I started teaching and all of a sudden I had all of these people who have followed me,” she said.  “There’s a lady, Nancy Pack, who was there for my first class.  She followed me everywhere I went and is now in my class at the Y.”

Williams began teaching her classes at the Y when it opened in 2007.  She teaches a cardio sculpting interval class and a body pump class.  Since 2007, she has gained a strong following.

“I have my originals that still come,” she said.  “There are some who won’t take the class if I’m not teaching.  It warms my heart.”

Williams will be eligible to retire from nursing in five years, but she says teaching her classes will continue as long as she can do it.

Through her journey helping others — 25 years of patients, classes, Harleys, love and family — Williams has endured some tough times.  But even in the lowest moments, being able to help others has kept her moving forward.  And despite the tough times, she still smiles, still offers help and still finds a way to help any chance she gets. 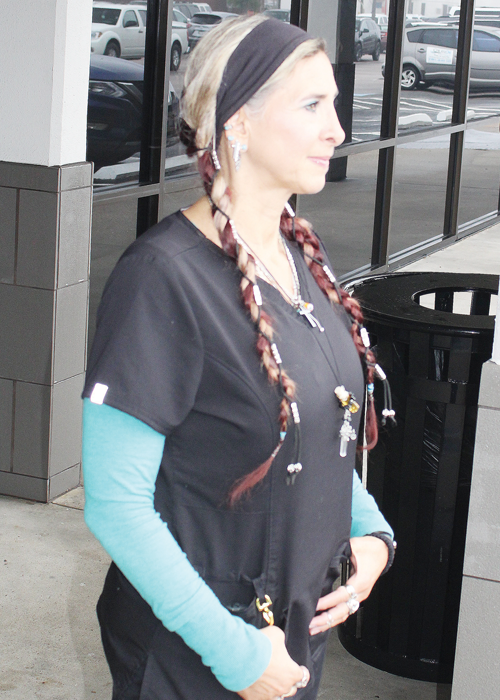 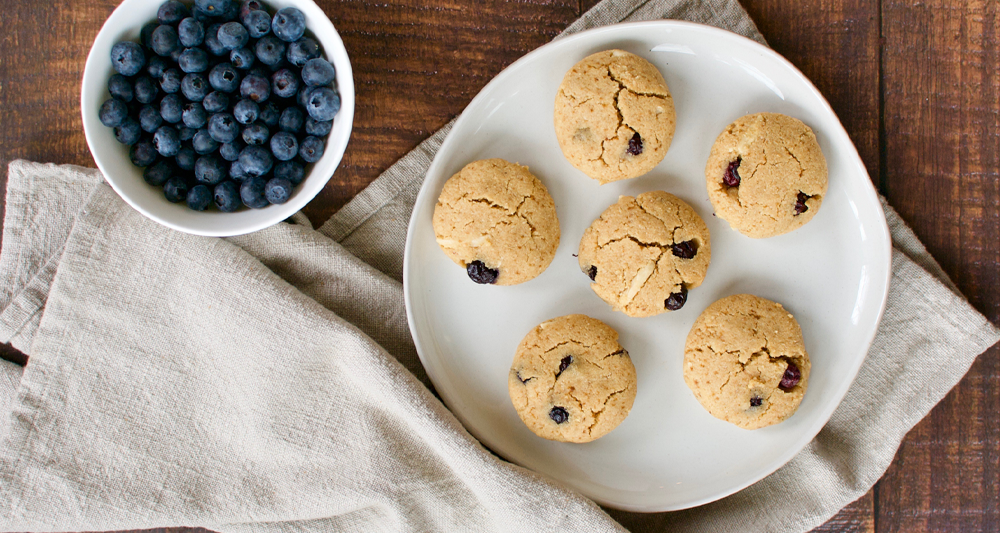 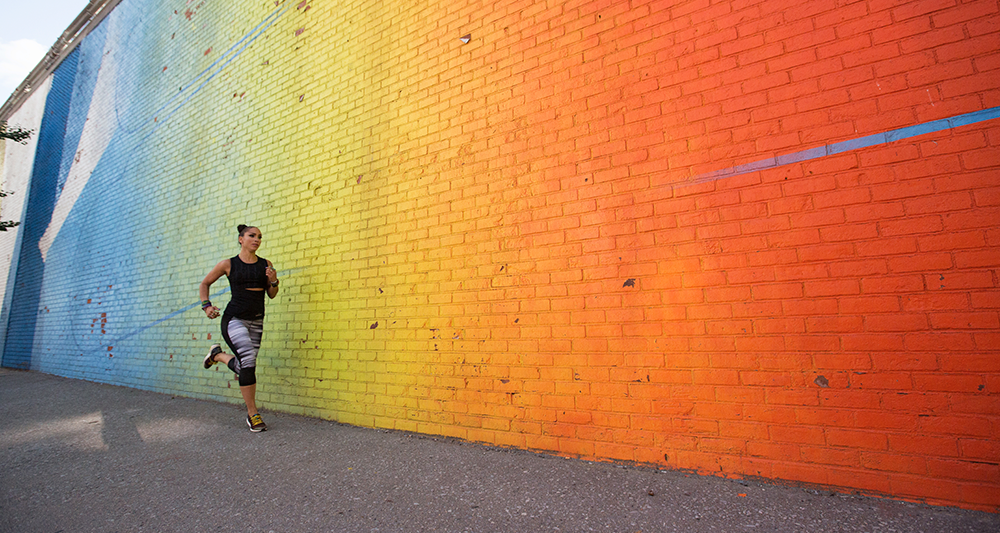 By Patricia Fitzmorris Danflous It’s almost five o’clock on a Friday in New York City. Everyone has something to do, someplace to go, and they’re 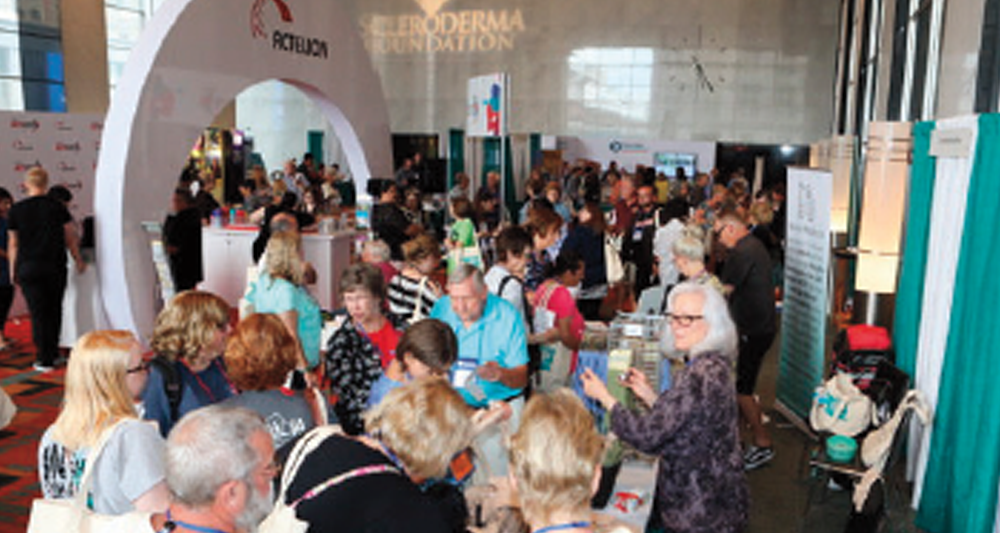 She breaks across the finish line with a gigantic smile and only slightly out of breath. At 39, Jamie Napolitano is achieving the dream of

By Nellie Palmer There are all sorts of egg salads that we could do that would follow some sort of diet.  This is not a